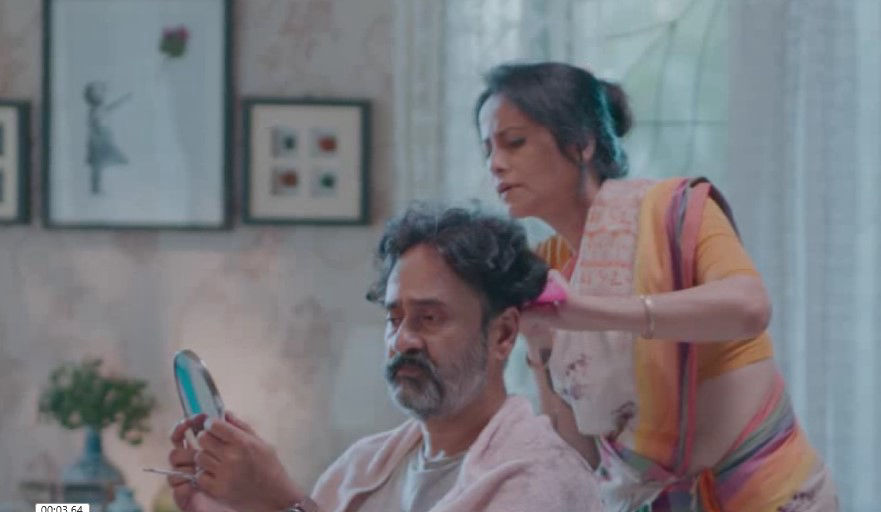 Background
Counterfeit products have always been a problem in Bangladesh and Shwapno stood against it from the beginning. But due to desperation instilled within the masses by the COVID-19 pandemic, people are not being careful and are falling in trap of the horrendous attempts by some bad actors in the industry.

Objective
Shwapno believes that to sustain, it is always in the company’s best interests to provide consumers with authentic product which builds a bond of trust and loyalty between the consumers and the brand.

Core idea
Everybody makes mistakes. Everybody has those days. It is quite natural that when under pressure or in a moment’s lack of notice, even the wisest among us can mistake one brand for another. And this is because fake products try to fool customers by wearing similar apparencies in terms of design, name, shape and even product color. So, it is important for us to keep a close eye on what we buy and especially where we buy it from.

Execution
In this OVC, a teen daughter asks his father weather he knows the spelling of Savlon. His father gets enraged at the fact that his daughter would ask such a silly question, especially knowing his well-educated background. But then his daughter shows him a fake Savlon product which is spelled ‘Savloo’. His father was surprised and confidently said only a stupid person can buy such a silly fake product. But when he finds out that he was the one who bought the product, everyone laughs.

COVID-19 pandemic has been a very difficult situation, especially due to the market insecurity and flooding of fake hygiene products. We, with our Shwapno team tried to tackle this issue with a sense of humor. And as a result, the content itself was well received among the digital community, apparent from 7.5 times more Comments, 19.5 times more Shares and 22.8 times more Reactions. A total of 568.9K minutes were viewed, in it a total of 28.9K engagement was received from our social space.
In terms of sales, Shwapno has enjoyed a growth of 271% when compared to pre-campaign period and post campaign period of 30 days respectively. Though not as a direct factor, we believe our campaign was one of the contributing factors in our audience’s decision-making process due to its mass acceptance in the digital space and high ad-recall rates in post campaign follow-up discussions among peers.

Being Shwapno’s agency, we like to believe that we are the brand’s custodians. And as a result, we are always exposed with all of Shwapno’s mother company brands, and in many cases we had to be aware of all the products carried by Shwapno outlets. And it was quite embarrassing to see we have been using a fake Savlon product in our office for over a few weeks without anyone noticing. Humored and feeling tricked at the same time, we approached Shwapno with the idea of how even the wisest among us can be tricked. Because we, as consumers, are very careless and there are millions of others like are who are continuously falling for such traps, which in turn is hurting the real brand’s business and tainting the brand’s image with faults carried by the fake products.
Shwapno’s fight against counterfeit goods rages on. And we were delighted to be a part of that fight.

Please send us your ideas, bug reports, suggestions! Any feedback would be appreciated.