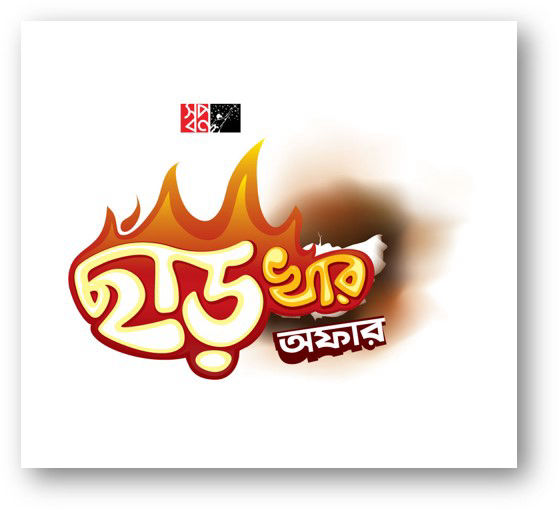 Background
In the late 2019, Shwapno was competing with a few other online Grocery chain and retail companies. Everyone was trying to grab the market share in this industry. Whoever was offering the bigger discount or lucrative offer, was pulling the greatest number of consumers towards their physical stores.

Objective
To counter all the competitions, Shwapno had to come up with an offer, which the consumer would not be able to refuse, with which a wave of sale would be generated and more footfall would be brought to Shwapno outlets.

Core idea
In life, almost everyone suffers from the merciless attitude of the people around. Having suffered from this kind of behavior for the better part of their lives, people often feel down. Harnessing this thought, Shwapno and Salt Creatives & Events Limited devised a campaign where these deprived mass people are addressed, and gave a massive discount to have a chance of happiness in their lives.

Execution
This campaign was broken down into three video contents. In the first video, a middle-aged woman was being interviewed by an aged man. The aged man was asking her questions about her depressing life and finding out that never in her life, she got any mercy from any of her peers. Then the man surprises her with the best offer of her life- Shwapno Charkhar Offer. When no one else cared for her, only Shwapno understood her pain and offered this massive discount.
This content created a huge buzz among the consumers and the second video only took it to a higher level. In the second video, the female protagonist Rabu from the first OVC, is encountered by her conscience at the dead of night. Her conscience tells her that she must not sleep, because Shwapno is offering huge discounts in all sorts of products in the Charkhar offer.

The series of video campaigns had a total of around 5 million reach, along with 13.6 million impressions and 91.65k engagement. In total, 11.94k minutes views with over 33.6k 1 minutes viewed. This has resulted in a gross sale of 1801.7 million in the 60 days period, which is an increase when compared to the sales in the previous 60 days period, with numerous social media appreciating in terms of shares and comments. This campaign has also resulted in high number of Shwapno Loyalty Card activations post store purchase.

The challenge was to do something different as everyone was offering discount and the competition was fierce. So Shwapno and Salt thought so breaking everything and to create a market disruption, which inherently led us to the name স্বপ্ন ছারখার অফার. We implemented a humorous tone to connect to the audience and to ensure a high recall lift, we invested time and thought into the series which had became very engaging among the audience. This campaign gave Shwapno and even the Salt team a massive boost in confidence and moral, which gave birth to numerous other campaigns that followed.

Please send us your ideas, bug reports, suggestions! Any feedback would be appreciated.